Palestinians executed by IDF returned bodies to their families with missing organs. The interview with Hiss was released by Nancy Scheper-Hughes, professor of anthropology at the University of California-Berkeley who had conducted a study of Abu Kabir.” 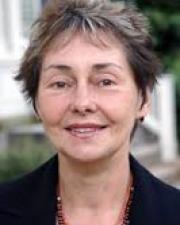 Nancy Scheper-Hughes is Professor of Medical Anthropology at the University of California, Berkeley

Israel has admitted pathologists harvested organs from dead Palestinians, and others, without the consent of their families – a practice it said ended in the 1990s – it emerged at the weekend.

The admission, by the former head of the country's forensic institute, followed a furious row prompted by a Swedish newspaper reporting that Israel was killing Palestinians in order to use their organs – a charge that Israel denied and called "antisemitic".

In another story covered by the New York Times, it was found that Israel, for its size, is disproportionately involved in the world of organ trafficking and apart from the aforementioned case of Palestinians, poor peoples from Central America to South Asia have been target of this exploitation.

If this is what they have been doing and only admitted the fact when exposed raises more questions,